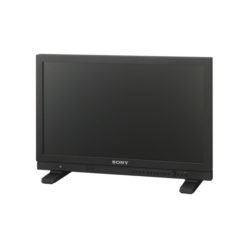 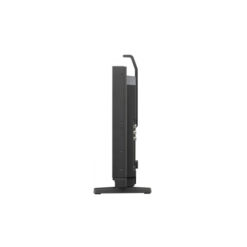 The LMD-A220 22-inch LMD-A Series LCD monitor offers Full HD resolution, along with a lightweight and compact design. There is more than a 12% to 22% reduction in mass, 30% reduction in depth, and more than 25% reduction in power consumption, compared to Sony’s previous models. The LMD-A Series offers the same user-interface design, convenient features, functions and operability as PVM-A Series OLED picture monitors. This consistency between the PVM-A and LMD-A Series brings great user benefits when both types of monitor are used in the same network. Furthermore, LMD-A Series monitors provide versatility for a wide range of user applications both in the studio and in the field. These include DC operation, VESA mount and yoke-mount holes. In addition, the latest camera-linkage functions, such as camera and lens metadata display and a Picture and Picture function, provide the convenience of working efficiency both in the field and in the post process.